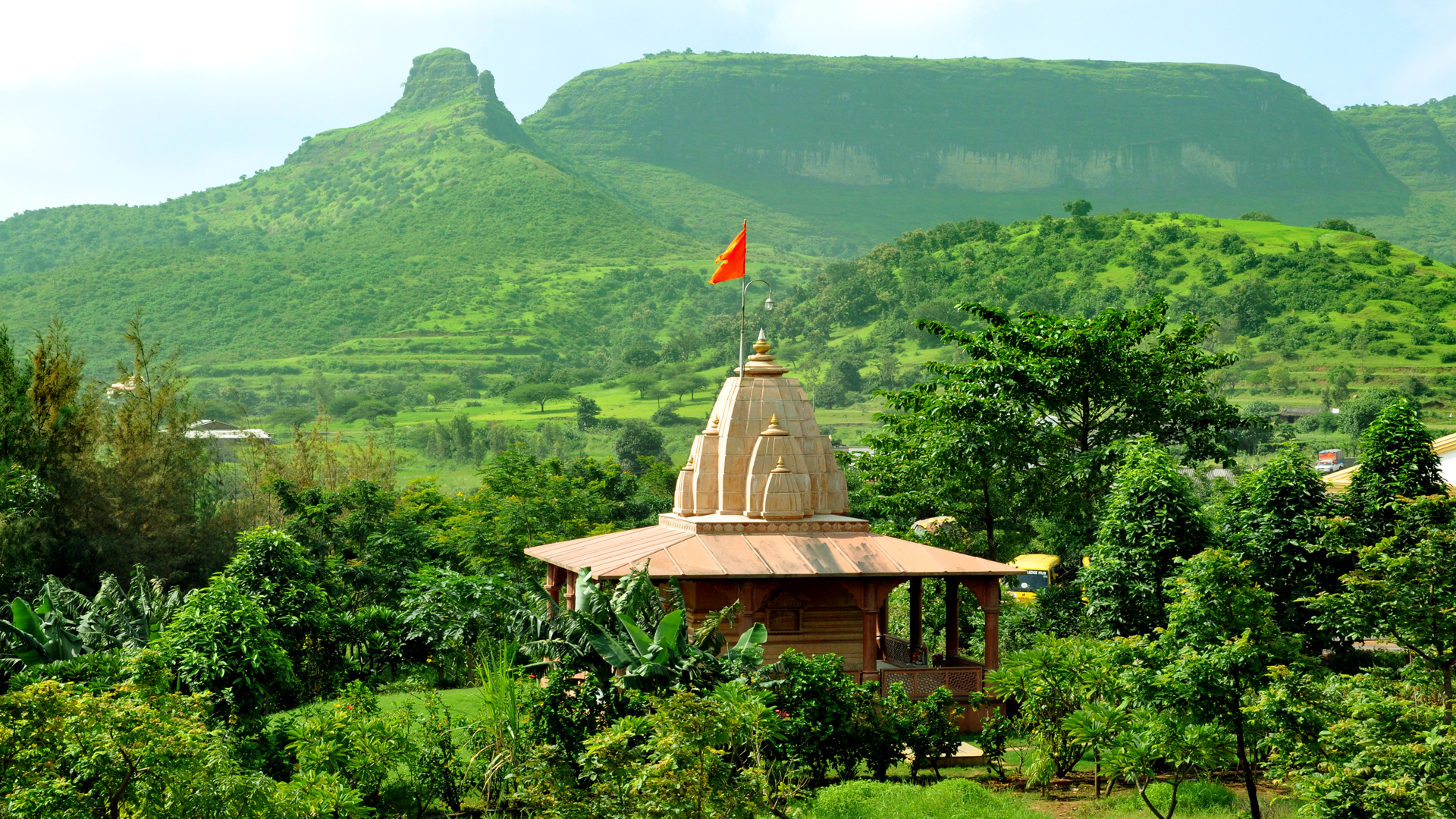 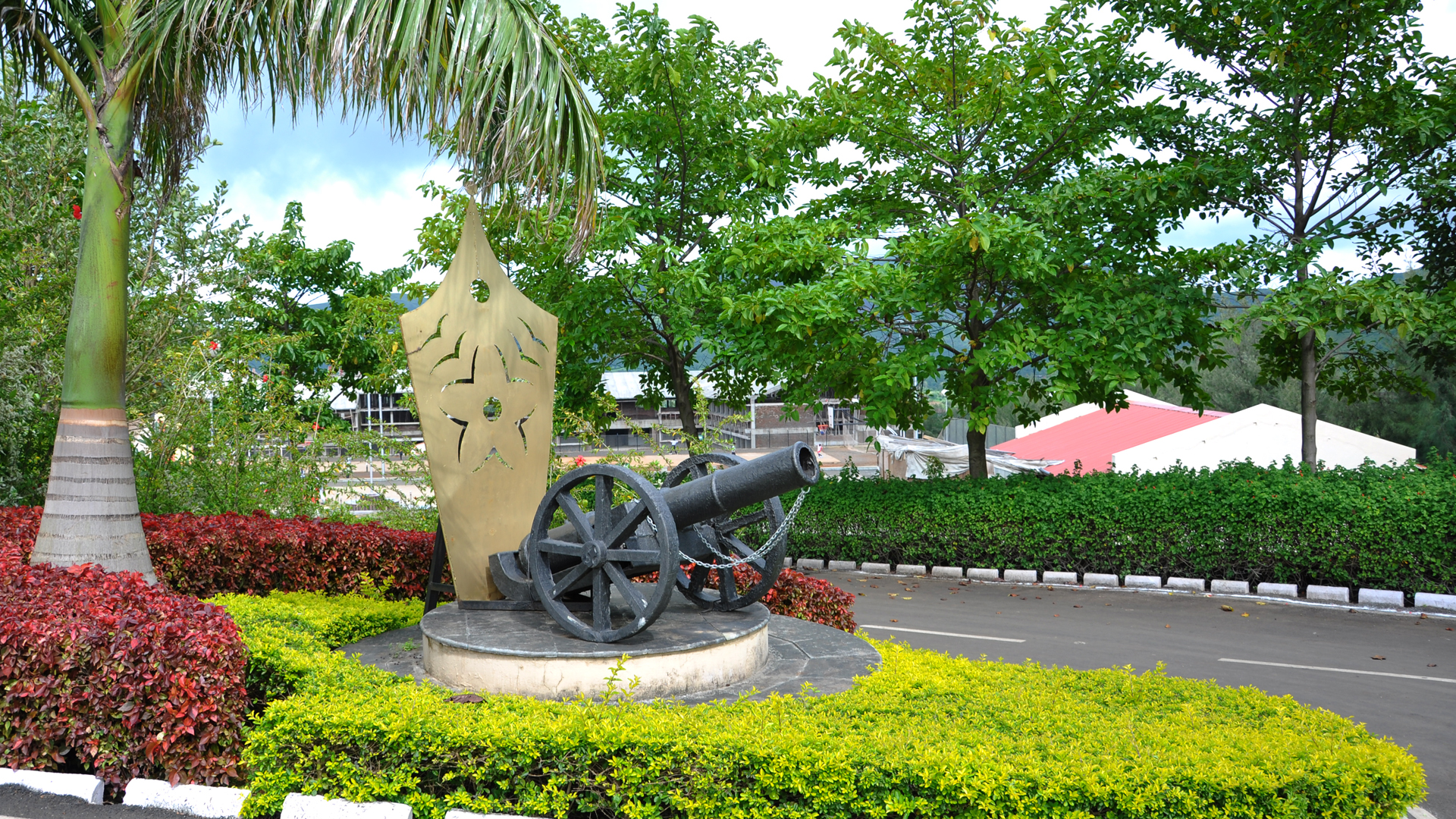 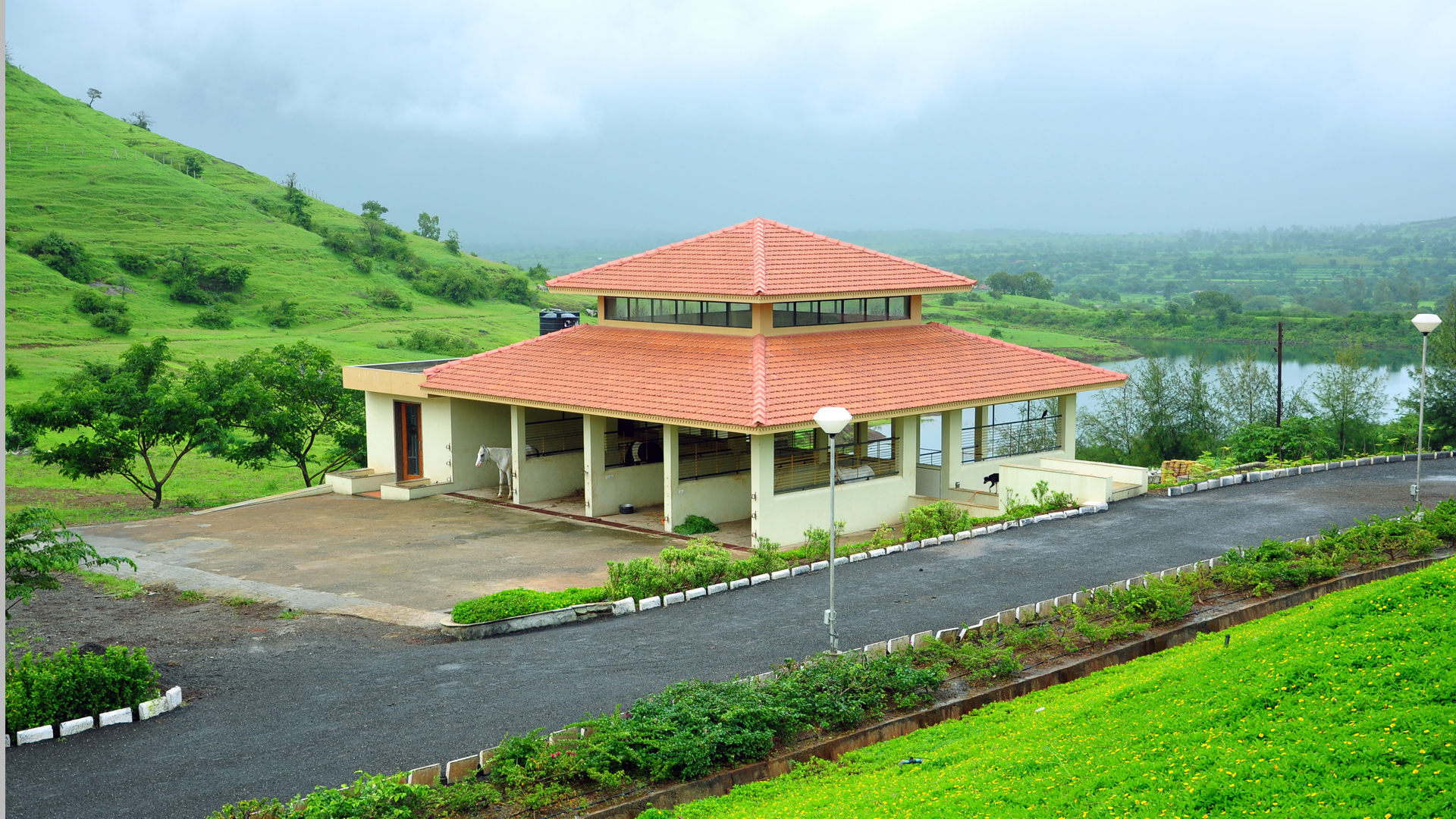 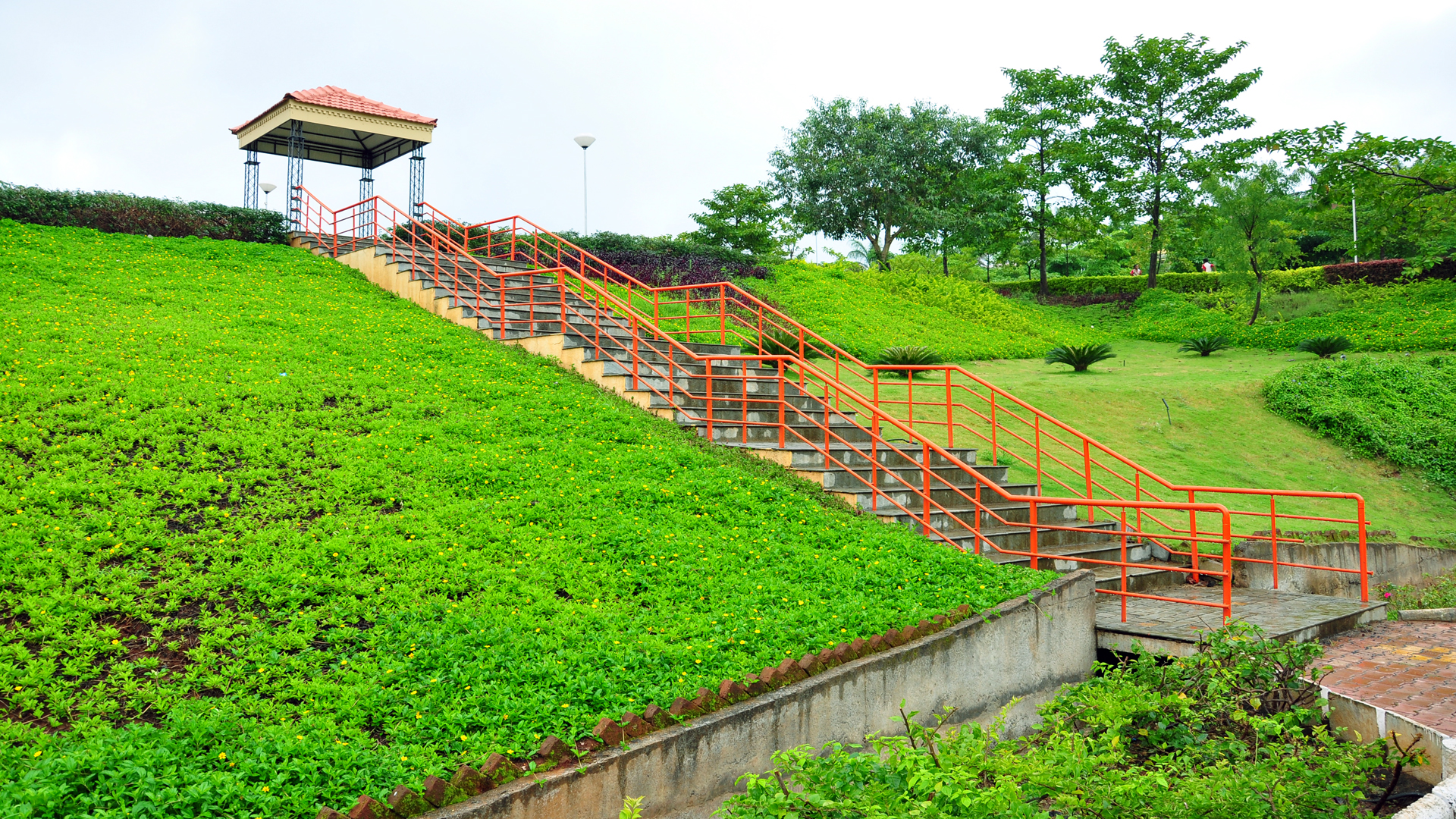 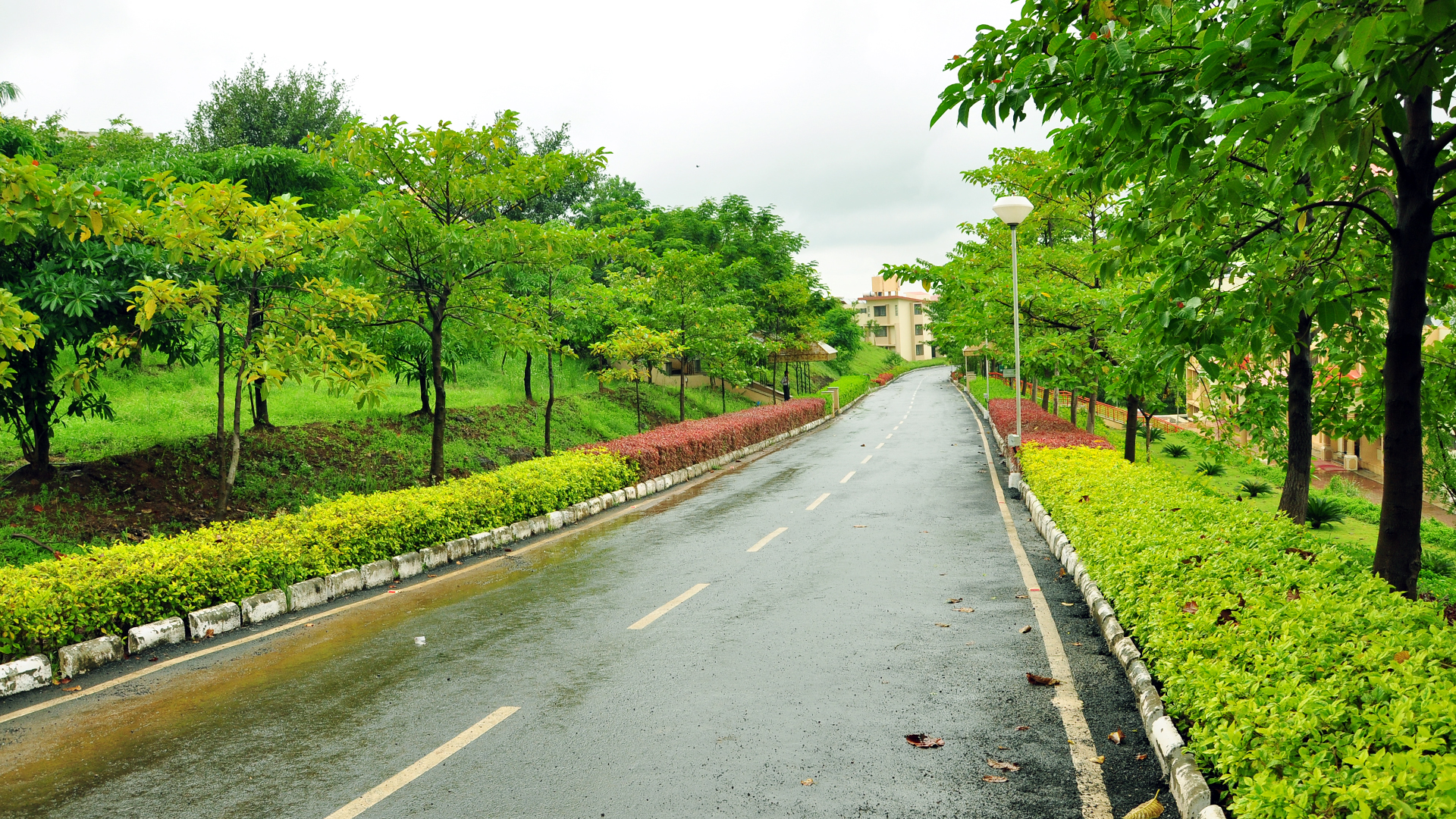 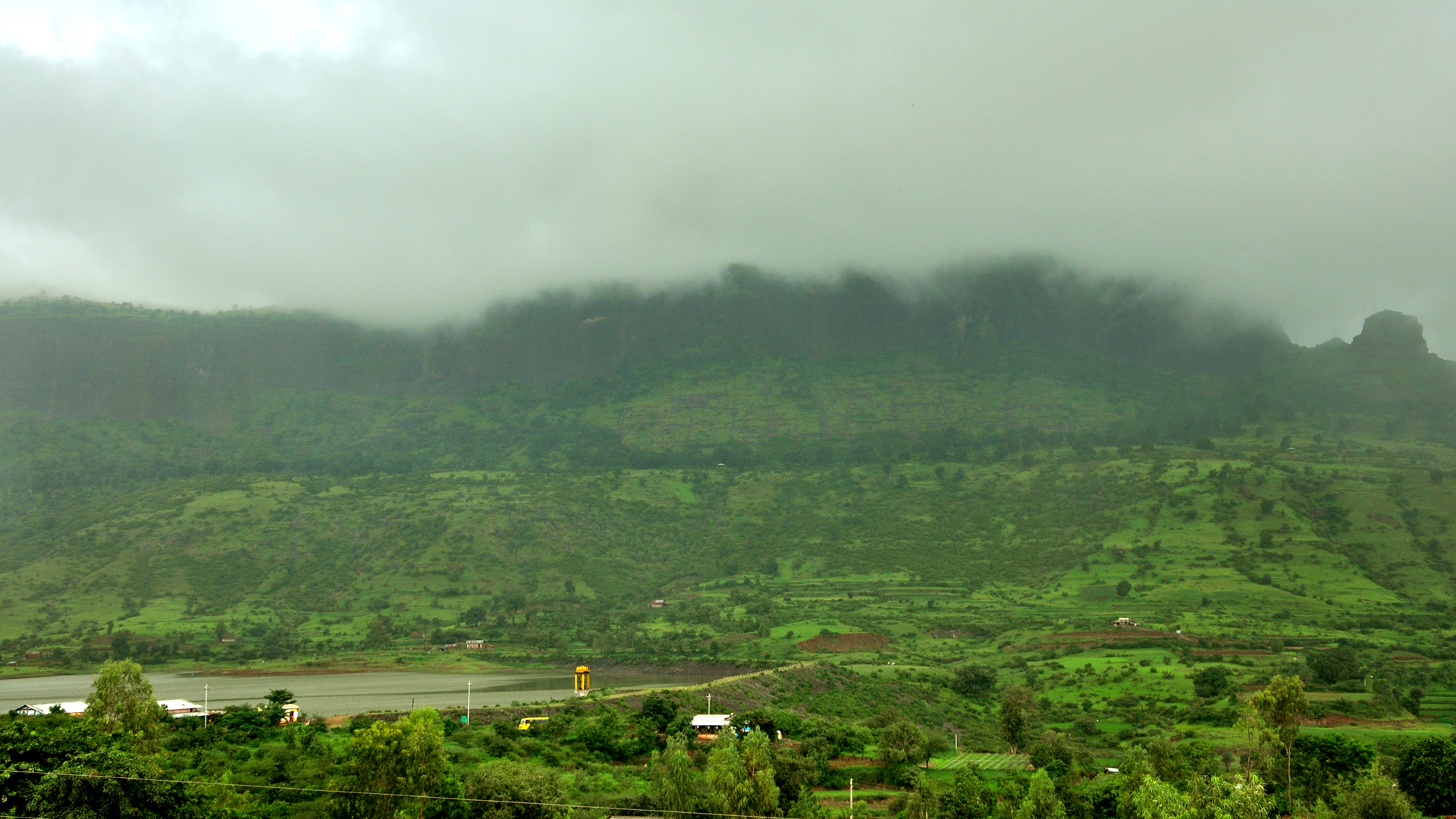 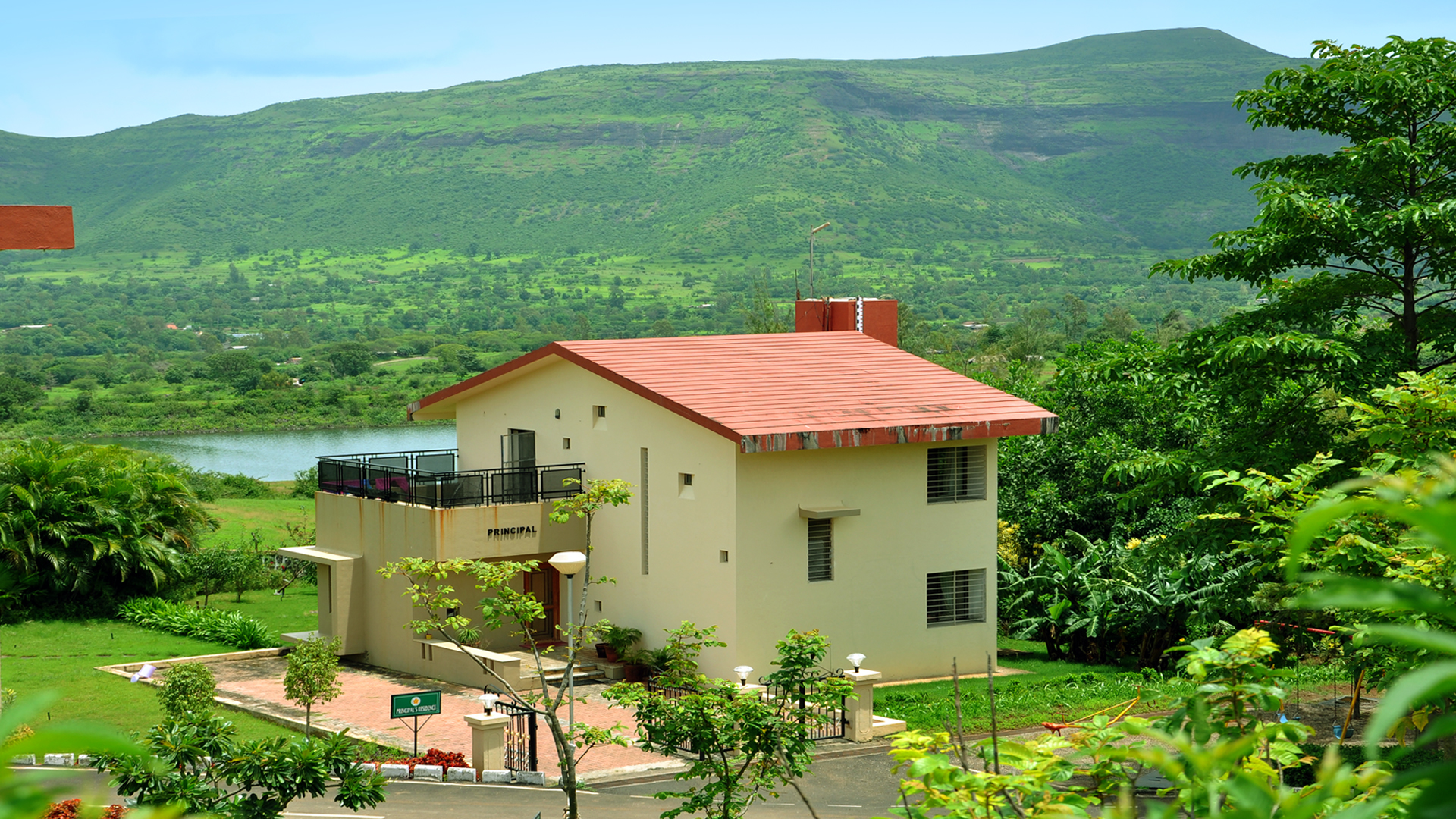 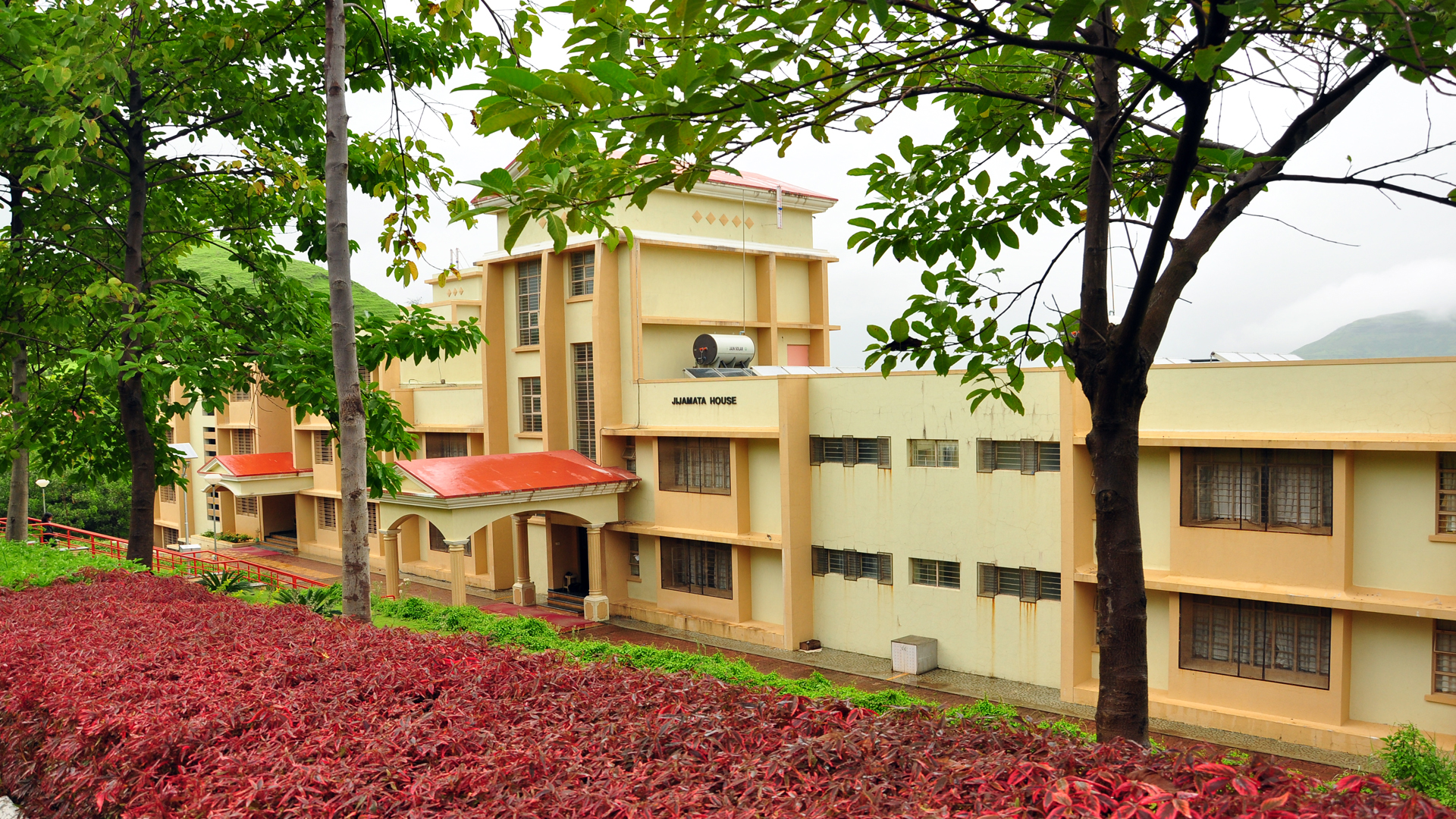 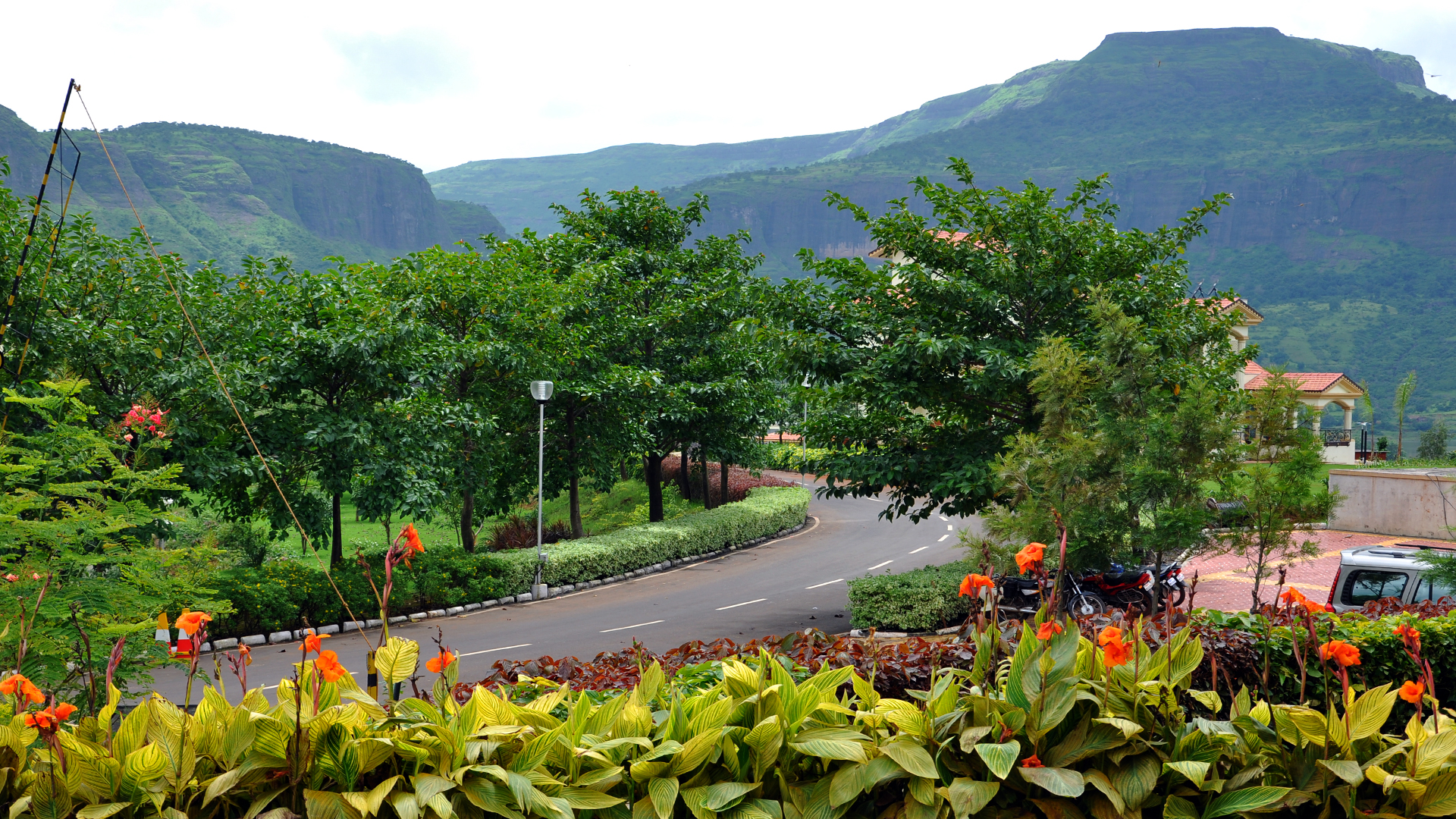 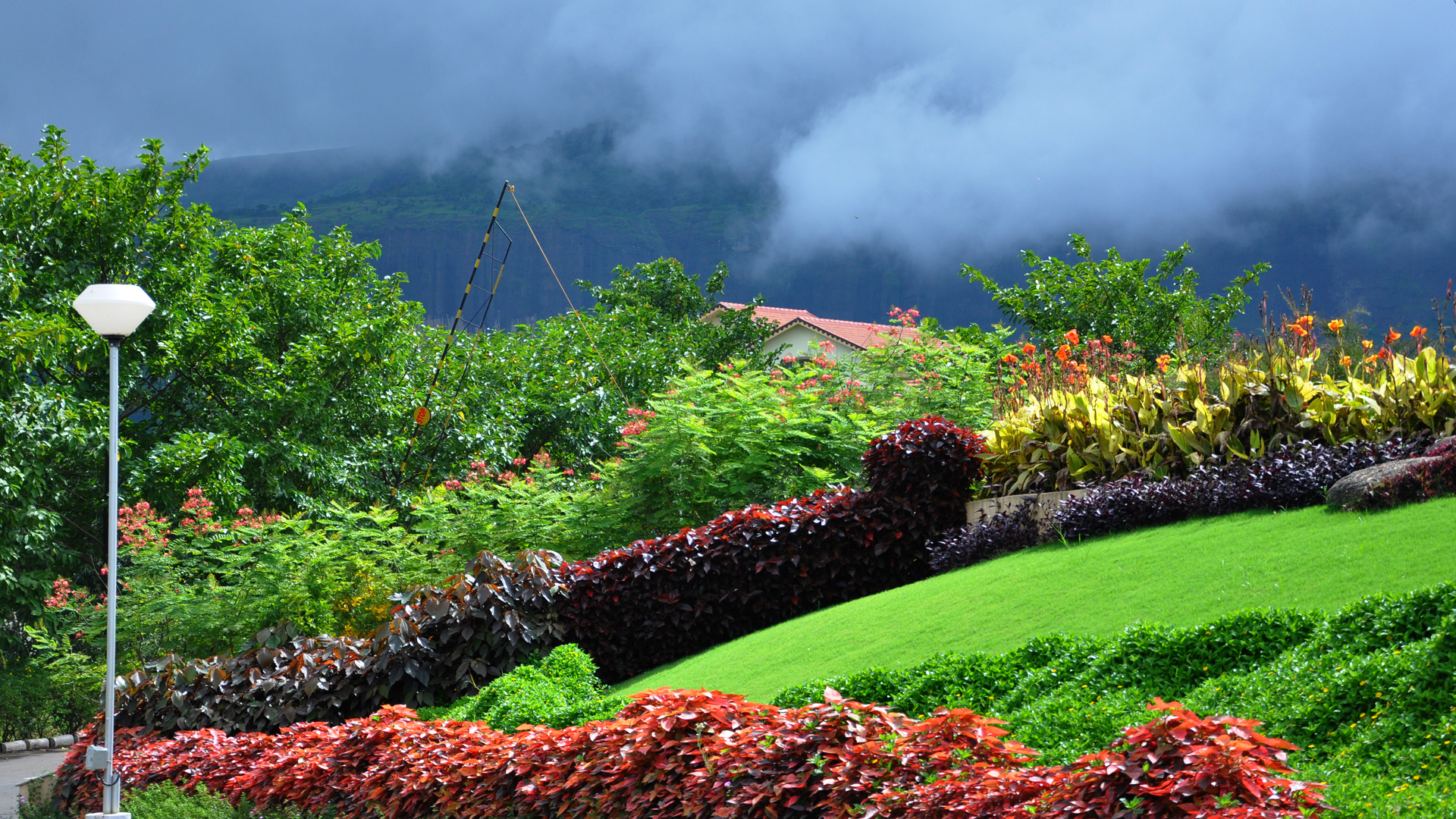 Anjaneri Village through which ones to travel is considered to be the birth place of Hanuman, one of the central characters of the ancient Indian epic of intertnal or “organic” sources. Ramayana.

The 400 meters drive through the village is bound to remind visitors of the state of most Indian village roads. It is quite patchy with many ups and downs, indicative of the nature of human existence, with its joys and sorrows juxtaposed at most times in our lives.

One begins to empathize with the plight of the numerous deprived people of our revered and blessed nation. By the time one prepares to dwell on these thoughts the patchy part has been successfully navigated through and one gets a glimpse of the infrastructure of the school and its surroundings against the backdrop of the landscape that emerges.

The view that suddenly unfolds evokes a sense of awe in many first time visitors! While driving down the road one can see the beautiful hills all around. These hills are green for most part of the year and get punctuated with awesome waterfalls during the monsoons! About 3 km. from the state highway, down this winding road is nestled Orchid International School™.

The climate of Anjaneri neighborhood is moderate with the maximum temperature perhaps never exceeding 40 degree Celsius and the minimum never going below about 10 degree Celsius. The summer season is the driest part of the year with relative humanities between 20 and 25 per cent only in the afternoons. The skies are heavily clouded to overcast during the south-west monsoon season. In the rest of the year skies are mostly clear or lightly clouded. Winds are generally light to moderate with some strengthening in wind force during the latter part of the summer season and in the south-west monsoon season. The winds across the hills around the campus are gentle and soothing. The gentle sway of the tall grasses is a spectacle!

The school, about 18 km. from the ancient temple town of Nashik, is about 6 km. short of the famous jyotirlinga Trimbakeshwar. It is located in the beautiful and hilly terrain of Anjaneri Hills-part of the Sahyadri Range in the state of Maharashtra.

Dr. Ravindra G. Sapkal, Chairman, Kalyani Charitable Trust, Mumbai, had a splendid vision of providing education and ample opportunities to the children and youth of India to excel globally in different professions. His dream included providing globally acknowledged education to the children and adults enabling them to pursue diverse careers and contribute to the national development of this incredible country India. June 2006 marked the first milestone for Kalyani Charitable Trust with the successful establishment of Orchid International School (OIS), a co-educational residential cum day boarding school which has a scenic campus at Anjneri Hills, Nashik in Maharashtra. OIS witnessed great success in imparting challenging, meaningful and internationally recognized education to children.